In 2022, NASA’s Artemis I mission will send a spacecraft capable of supporting a human crew to the Moon for the first time in almost 50 years. On this uncrewed test flight, it will be the twin measuring mannequins Helga and Zohar on board the Orion capsule. 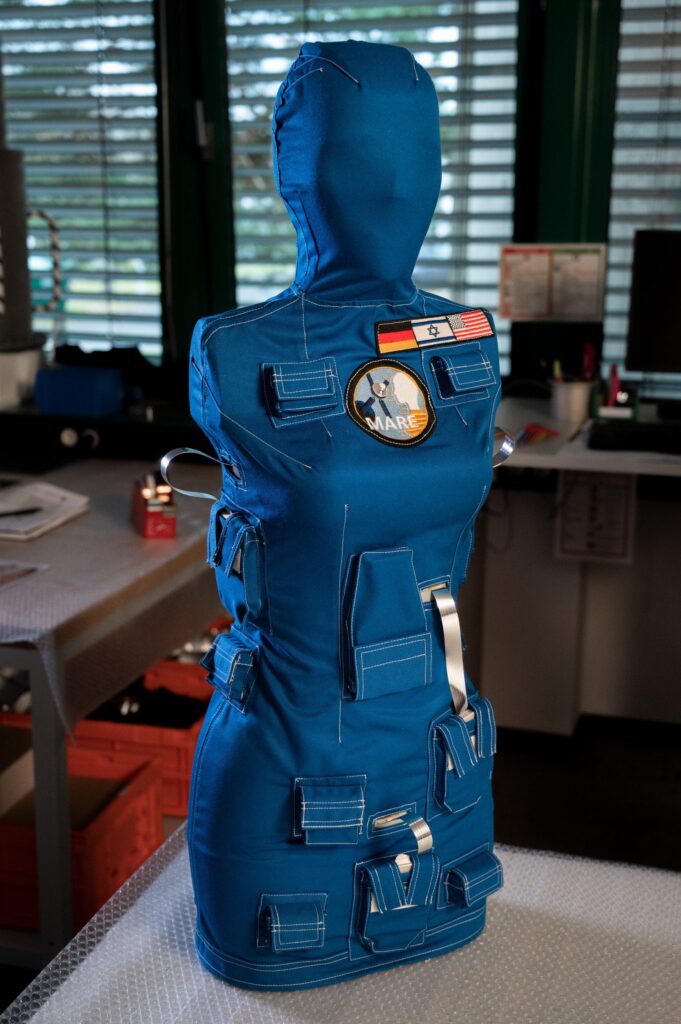 The MARE experiment devised by the German Aerospace Center (Deutsches Zentrum für Luft- und Raumfahrt; DLR), will use two identical ‘phantoms’ representative of the female body to investigate radiation exposure throughout the flight, which may last up to six weeks. The mission is vital in light of NASA’s plan to send the first woman to the Moon during the Artemis programme. Researchers at the DLR Institute of Aerospace Medicine in Cologne developed the experiment and have now delivered it to NASA’s Kennedy Space Center (KSC) for installation. A new radiation protection vest also forms part of the experiment and will undergo testing. Artemis I is now planned to launch in summer 2022. The assembly and installation of the measuring mannequins is scheduled to take place approximately four weeks before the launch.

The radiation to which the human body is exposed is significantly higher outside Earth’s protective magnetic field. The female body is more sensitive to this radiation than the male body in organs such as the breasts. Overall, radiation is one of the greatest challenges posed by longer astronautical missions into deep space, such as those to Mars.

“With MARE, the largest radiation experiment ever to be flown beyond low Earth orbit, we are looking to find out exactly how radiation levels affect female astronauts over the course of an entire flight to the Moon, and which protective measures might help to counteract this.

“Over the past few months at the DLR sites in Cologne and Bremen, we have been studying the phantoms – Helga and Zohar – thoroughly, including conducting tests to determine the effects of the vibrations that they will be subjected to during the launch of the Artemis I mission. The aim is to ensure that everything runs smoothly later at the Kennedy Space Center,”

says Thomas Berger, Head of the Biophysics working group in the Radiation Biology Department at the DLR Institute of Aerospace Medicine. 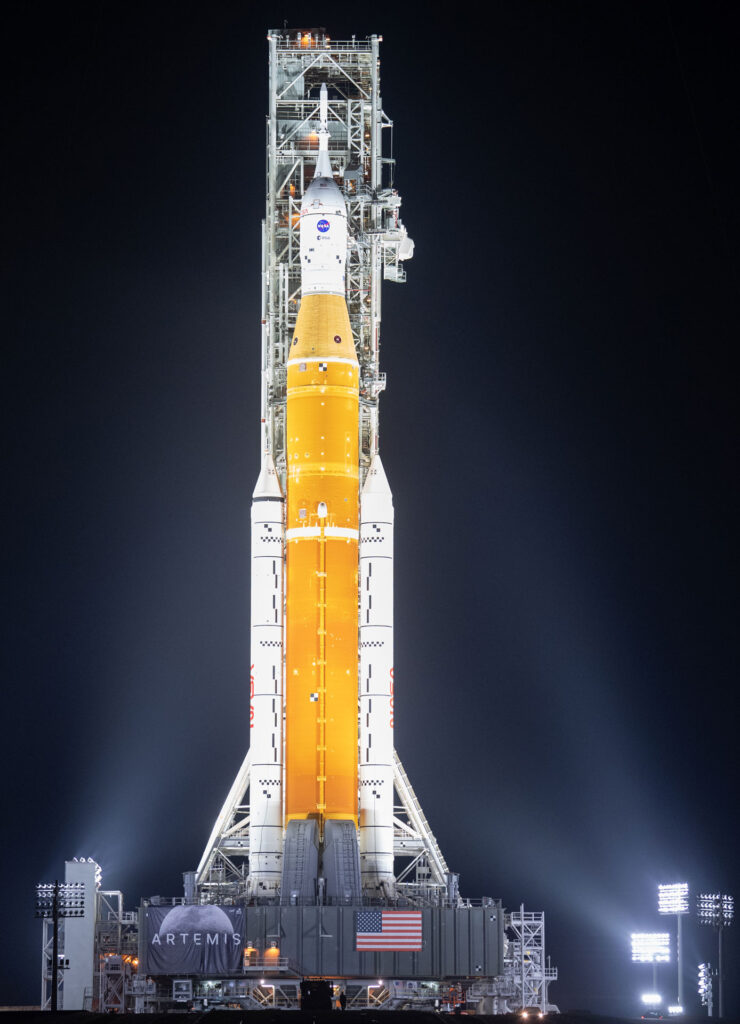 The twin mannequins are modelled on female bodies. In general, women are at greater risk of suffering cancer, so different radiation boundary values always apply to female astronauts than to their male colleagues. However, so far there have been no sex-specific measurements using phantoms in space.

“More specifically, both mannequins are made from materials that mimic the human bones, soft tissues and organs of an adult woman. Over 10,000 passive sensors and 34 active radiation detectors are integrated into the 38 slices that make up the mannequins,”

Both phantoms are 95 centimetres tall and weigh 36 kilograms. One of them – Helga – will fly unprotected to the Moon, while the other – Zohar – will wear a newly developed radiation protection vest, called the AstroRad. By comparing the two sets of data, it will be possible to determine the extent to which the vest developed by the DLR’s Israeli partners could protect an astronaut from harmful radiation exposure. 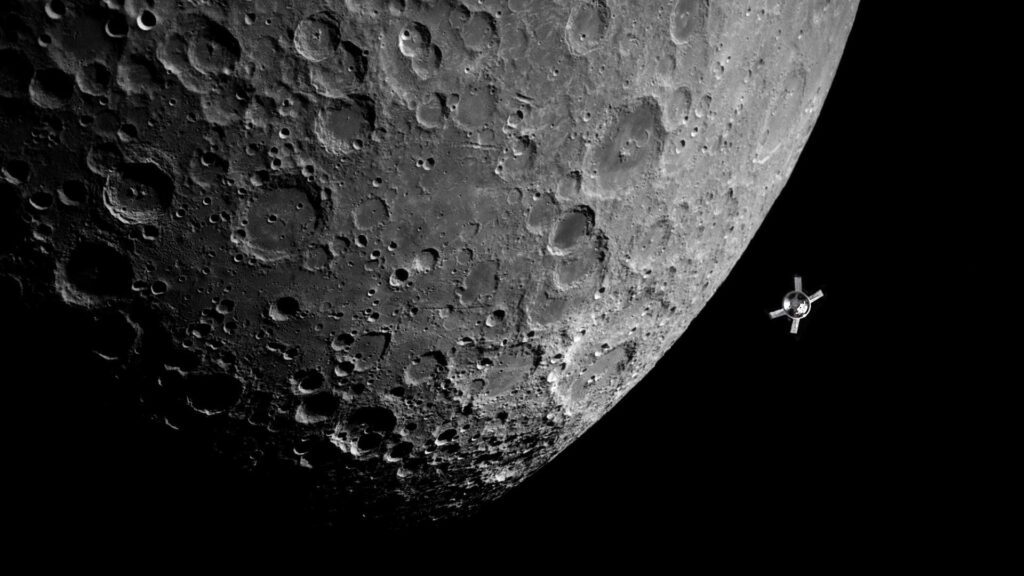 Earth’s atmosphere and the shielding effect of its magnetic field protect us from most of the radiation in the Universe, including radiation from the Sun. When astronauts leave Earth, they are exposed to the full spectrum of radiation found in space. The Orion spacecraft will experience two periods of intense radiation as it flies through the Van Allen Belt – once in the first few hours after launch and upon its return to Earth – which harbours charged particles trapped by Earth’s magnetic field.

Beyond the protection of Earth’s magnetic field, Orion will face a harsher radiation environment than the crew of the International Space Sation, which is in low Earth orbit. Outside the Van Allen Belt, the space radiation environment includes energetic particles produced by the Sun in solar flares as well as galactic and extragalactic cosmic ray particles that originate from outside the Solar System.

“Cosmic rays are a particular challenge for long missions in open space, because they deliver a continuous level of high-energy ionised particles. Particles in cosmic rays range from hydrogen to iron and uranium,”

explains Christine Hellweg, Head of the Radiation Biology Department at the DLR Institute of Aerospace Medicine.

Helga and Zohar are anthropomorphic phantoms – measuring bodies modelled on a human torso. DLR has plenty of experience in this area: a phantom called Matroshka, developed by the DLR Institute of Aerospace Medicine in Cologne, was deployed on the ISS between 2004 and 2011. Mounted to the exterior of the ISS, the phantom gathered radiation readings representative of those experienced by an astronaut performing a spacewalk. The phantom was also placed in different parts of the Space Station to measure radiation exposure. “Astronauts on the ISS are exposed to radiation levels that are approximately 250 times higher than that experienced by people on Earth. Radiation exposure during exploration missions further from Earth’s magnetic field or in interplanetary space could be much higher – in fact, our estimates predict up to 700 times higher,”says Berger.

About the MARE experiment

The MARE experiment is led by the German Aerospace Center (DLR). The primary project partners are the Israeli Space Agency (ISA), Israeli industry partner StemRad, which developed the AstroRad protective vest, Lockheed Martin and NASA. Due to its complexity and the scale of international collaboration with many different universities and research institutions in Europe, Japan and the USA, MARE is the largest instrument ever designed to determine radiation exposure for astronauts who have left low-Earth orbit. It will provide fundamental data for assessing the radiation risk on the upcoming crewed flights to the Moon.

USA and Europe fly to the Moon with Artemis

NASA’s Artemis I mission will be the first uncrewed spaceflight of the Orion capsule to the Moon. It will orbit the Moon and return to Earth. The capsule is powered and supplied by the European Service Module (ESM), which was largely constructed in Bremen using German technology. The flight will last between 26 and 42 days. The MARE experiment is on board as what is known as a secondary, or scientific, payload. This means that both phantoms have to function independently of the spacecraft. From power supply to data storage, all functions are completely independent of Orion itself. NASA’s new lunar programme has been named Artemis, in an allusion to the Apollo missions. In Greek mythology, Artemis is the goddess of the Moon and the twin sister of Apollo.