Luxembourg, 18 Jan 2022 – OHB SE (OHB), one of Europe’s leading space companies, its subsidiary LuxSpace, a provider of space systems, applications and services, and OQ Technology (OQ), a global satellite operator, have signed a memorandum of understanding (MOU) to explore opportunities in the Internet-of-Things (IoT) service sector.

The cooperation between LuxSpace, OHB and OQ will include satellite-based IoT upstream and downstream activities to enhance the portfolio of services available to customers in different markets, including, but not limited to, energy, agriculture, defence and the green economy.

Following the signature of a contract with the European Space Agency (ESA) under the ARTES (Advanced Research in Telecommunications System) programme, LuxSpace is developing a flexible microsatellite platform, Triton-X. 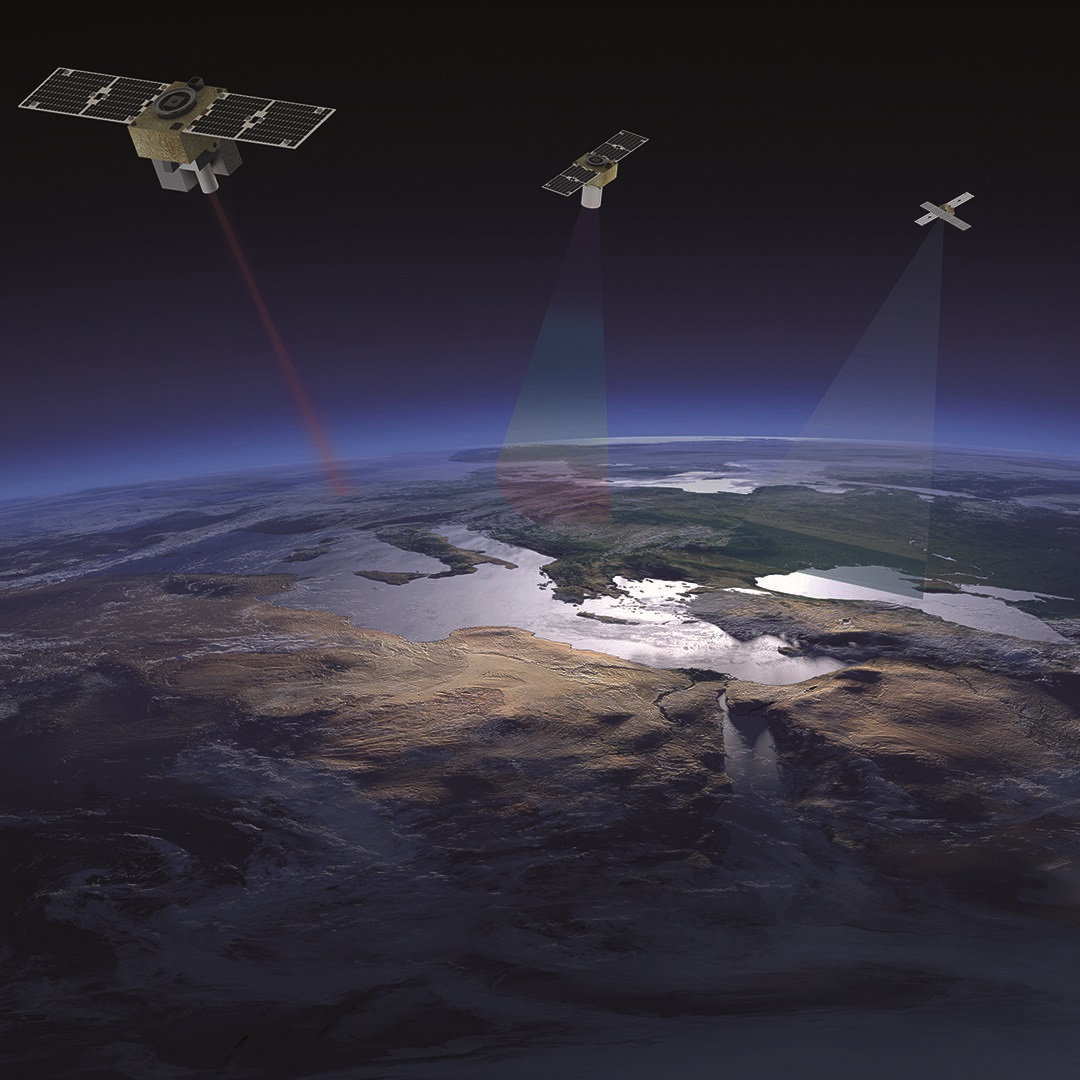 With a launch mass of around 200 kg, high performing on-board processing and the optimisation for rideshare missions, Triton-X is perfectly suited for accommodating OQ’s 5G IoT payload in LEO. At the completion of the development phase, the platform is expected to be ready for manufacturing and integration of payloads by mid-2023.

The agreement will also take into account the use of other OHB space systems for the benefit of OQ.

“OQ Technology is one of the most promising companies in the area of Satellite IoT we have talked to. I am very excited about the potential of their technology and looking forward to working together with the team on the upstream as well as the downstream.”

“These are amazing times in the commercial space sector. The roll-out of new applications from space is accelerating thanks to ground-breaking satellite technologies like Triton-X and the vision of satellite operators like OQ Technologies.”

“Being recognised by OHB, one of Germany’s leading space and technology companies, and its subsidiary LuxSpace demonstrates the strength of our technology and the potential it offers to the global IoT market.”

OQ is the only company in the world that uses standardised 3GPP cellular technology for Narrowband IoT (NB-IoT) and standard mobile chips to connect devices to satellites. By using standard mobile chips, costing about $5 instead of expensive satellite chips of $150 and more, OQ is able to offer substantial cost savings. That means users do not need to develop new hardware and can buy existing NB-IoT supported devices to get service in remote areas from OQ Technology.

Through its growing constellation OQ can provide full coverage for its 5G IoT customers cost-effectively and with exactly the same NB-IoT equipment their customers are using today through a single roaming agreement.

About OQ Technology
OQ Technology is the world’s first satellite cellular 5G IoT operator that provides global cellular Internet-of-Things and Machine-to-Machine communication solutions through satellites. The company has successfully implemented and demonstrated Narrowband IoT connectivity over Low Earth Orbit satellites and is deploying a global constellation to provide 3GPP compatible satellite IoT telecommunication services for mobile operators and customers in industries such as energy, mining, logistics, maritime, agriculture, and defence. The company’s patented technology that can be easily embedded in existing cellular chips allows billions of users around the world to have ubiquitous IoT connectivity anywhere and using both terrestrial and satellite networks.

About OHB SE
OHB SE is a German space and technology group and one of the leading independent forces in the European space industry. With over 3,000 highly qualified employees and 14 locations in 10 countries, the OHB Group is excellently positioned to face international competition and has made a name for itself as a reliable partner for government institutions and private companies. OHB SE’s activities are spread across three business units: Space Systems, Aerospace and Digital. While satellite systems and space missions are realised in the Space Systems segment, the Aerospace segment is a major supplier to the European aerospace industry. The third and newest business unit, Digital, combines launch services, satellite operations and the development of IT applications based on satellite data.

About LuxSpace
Founded in 2004 as a daughter company of OHB SE, LuxSpace is located in the SES Business Center in Luxembourg. LuxSpace is an integrated provider of microsatellite and application solutions to the global institutional and commercial markets, with a track record of five space systems successfully deployed, including the Triton-2/ESAIL satellite launched in September 2020, and 15 years of experience in developing integrated data services with special focus on the Maritime and the more general Earth Observation domain.