The ironic disaster movie, Don’t look up renewed the interest in a possible collision between an asteroid and the Earth. This film isn’t fiction at all, because many space agencies are studying in the last decades how we can avoid possible and dangerous impacts. 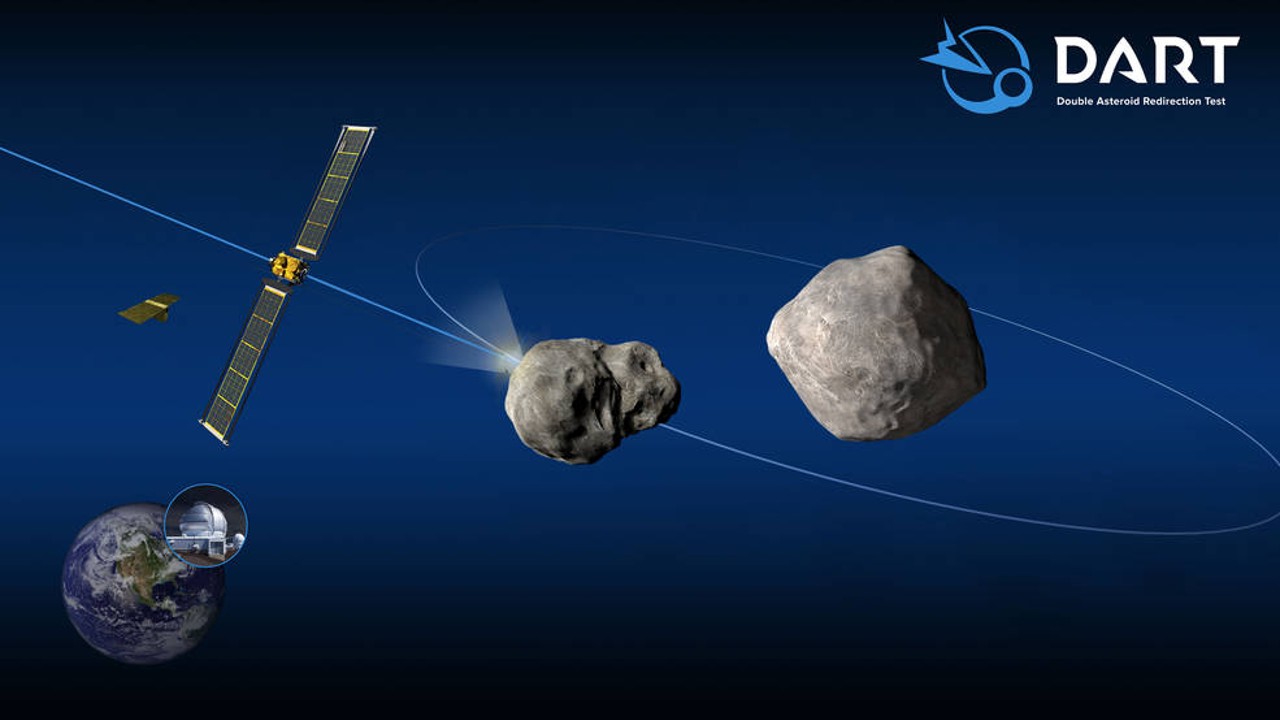 Nasa has launched its first-ever planetary defense spacecraft, sent to deflect an asteroid 6.8 million miles from Earth. This mission, called DART with a clear wordplay (Double Asteroid Redirection Test), was launched from Vandenberg Space Force Base in California on a SpaceX Falcon 9 on November 24 with the aim to be the first real-scale test of the kinetic impact technique for planetary defense purposes.

The final destination is the Didymos system, a binary asteroid, as roughly 15% of the Near-Earth Asteroids (NEA). The primary asteroid, with a diameter of roughly 780 meters, has been classified as an S type, with similarities to L/LL meteorites. The composition of the secondary, with a diameter of roughly 160 meters and orbiting at a distance of 1.2 km from its primary, is still not known. Thanks to a direct impact on the secondary asteroid, Nasa wants to alter very slightly the orbit with this 620 kg spacecraft to understand how this ‘kinetic impactor’ method could be deployed in case a large asteroid is ever discovered on a collision course with Earth.

The primary satellite will be not alone in this long mission, as a 6U CubeSat will travel with him. ASI, Agenzia Spaziale italiana, projected the first Italian autonomous mission in deep space with the LICIACube. LICIA stands for Light Italian Cubesat for Imaging of Asteroids, whose goal is the validation of the Kinetic Impact technique for Planetary Defense purposes. LICIACube contribution is devoted to enhancing the information gained from the main probe impact, so supporting the validation of the deflection technique, and allowing dedicated scientific investigations. After a 10 months cruise, it will be released several days before the impact and autonomously guided towards the target, to collect pictures of the post-impact scenario. Several unique images of the effects of the DART impact on the asteroid can be collected and transmitted towards Earth, such as the formation and the development of the plume potentially determined by the impact itself.