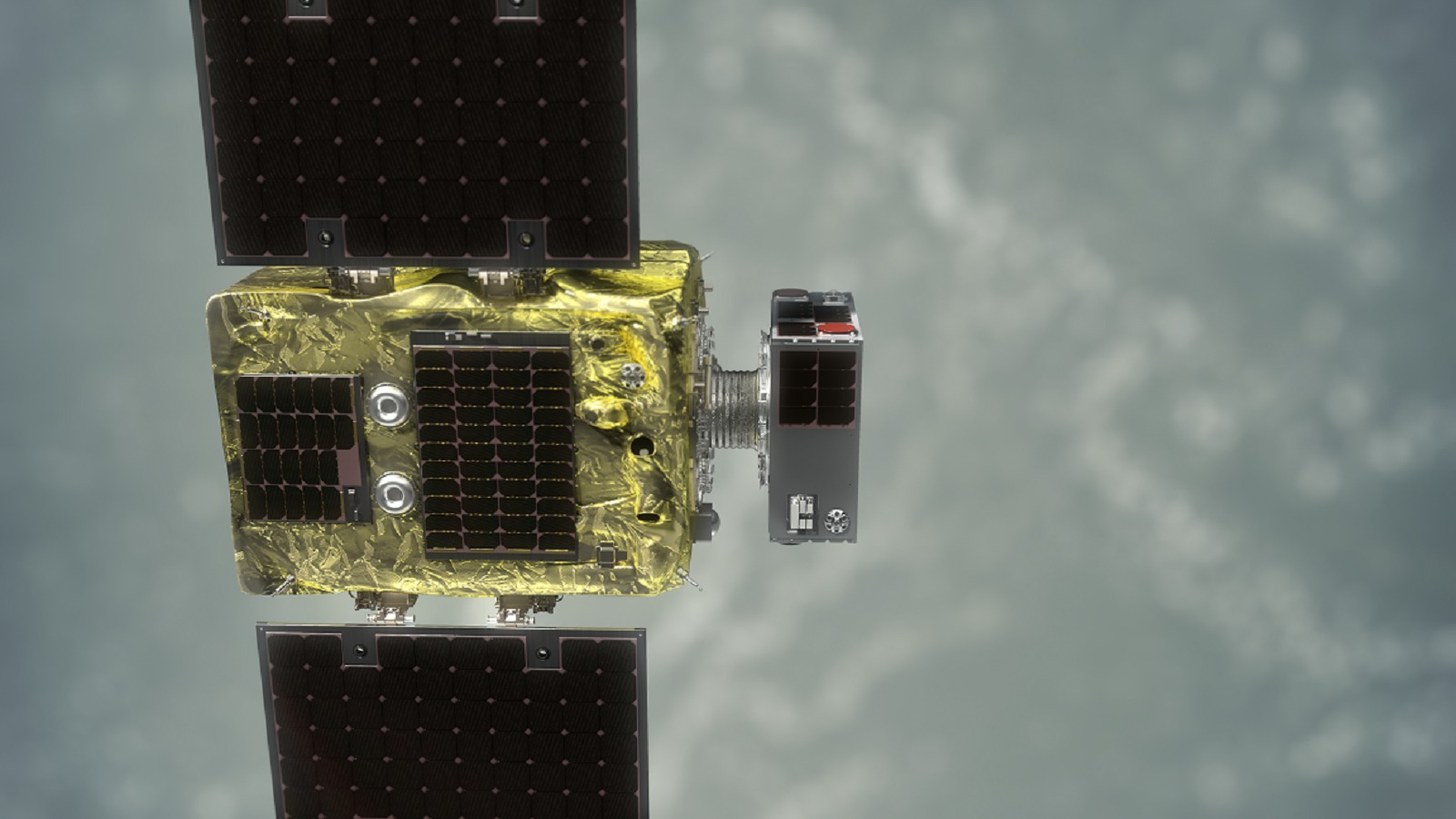 A major challenge of debris removal, and on-orbit servicing in general, is docking with or capturing a client object; this test demonstration served as a successful validation of ELSA-d’s ability to dock with a client, such as a defunct satellite.

When ELSA-d was launched and commissioned, a mechanical locking mechanism held its servicer and client spacecraft together. The first step of this demonstration was to unlock this mechanism. Once unlocked, the magnetic capture system alone held the client to the servicer, preparing ELSA-d to repeatedly capture and release the client in future demonstrations.

The client was then separated from the servicer for the first time and captured to validate the magnetic capture system. During the release and capture period, Astroscale’s Mission Operations and Ground Segment teams checked out and calibrated the rendezvous sensors and verified relevant ground system infrastructure and operational procedures.

The successful completion of this phase paves the way for the remainder of Astroscale’s pioneering demonstrations of space debris removal. The Engineering and Mission Control teams are now preparing for “capture without tumbling,” where the client will be separated to a greater distance, and the method of rendezvous and docking will rely on a combination of on-board autonomous software and advanced ground processing of telemetry and commands. This demonstration is expected to be completed in the coming months and will be followed by the “capture with tumbling” phase, in which the client will simulate an uncontrolled, tumbling space object. The final capture demonstration will be “diagnosis and client search,” in which the servicer will inspect the client, withdraw to simulate a far-range search, then approach and recapture the client.

“This has been a fantastic first step in validating all the key technologies for rendezvous and proximity operations and capture in space,” said Nobu Okada, Founder & CEO of Astroscale. “We are proud to have proven our magnetic capture capabilities and excited to drive on-orbit servicing forward with ELSA-d.”

Founded in 2013, Astroscale is developing innovative and scalable solutions across the spectrum of on-orbit servicing, including life extension, in situ space situational awareness, end of life, and active debris removal, to create sustainable space systems and mitigate the growing and hazardous buildup of debris in space. Astroscale is also defining business cases and working with government and commercial stakeholders to develop norms, regulations, and incentives for the responsible use of space.