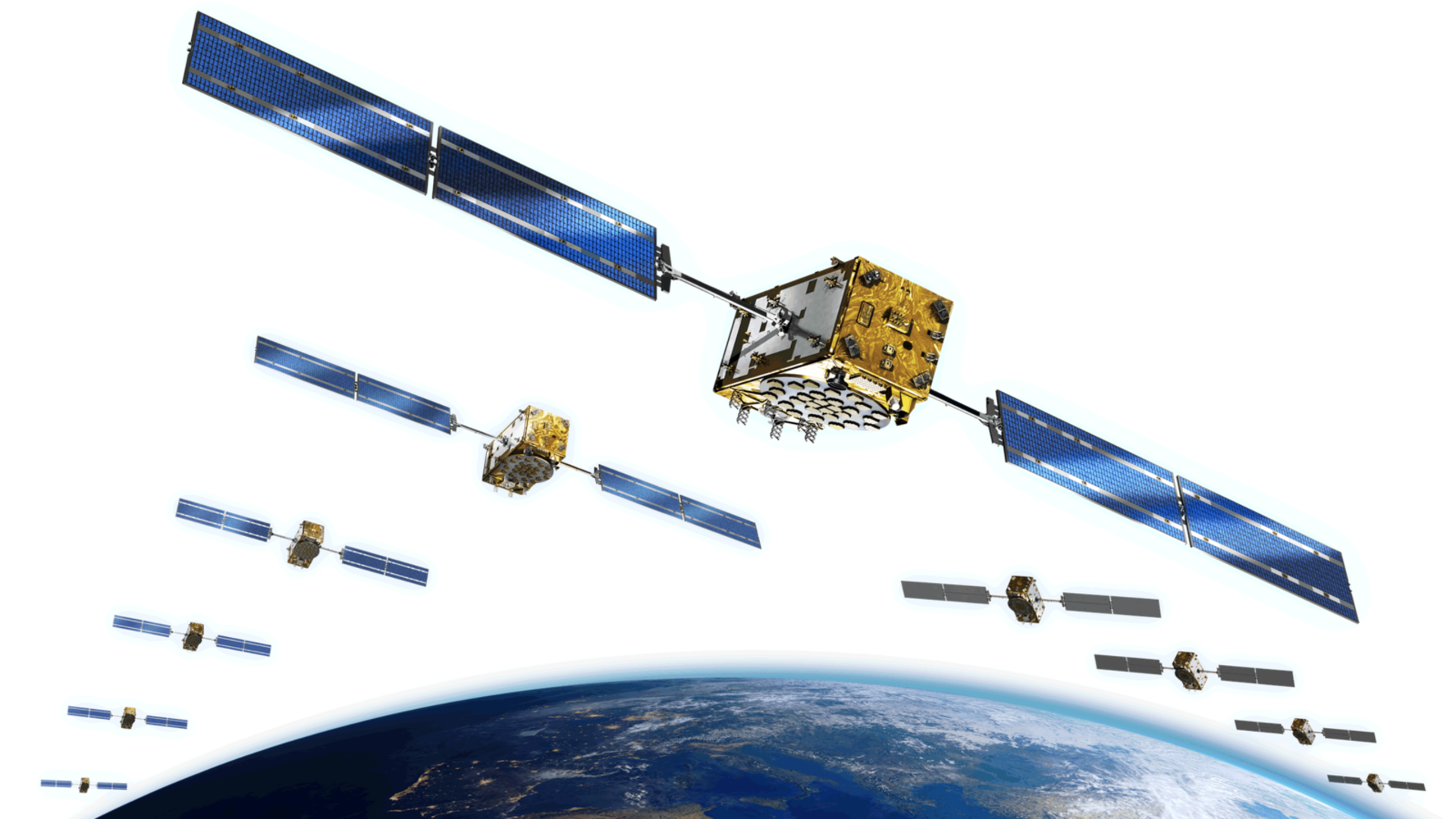 Europe’s Galileo satellite navigation constellation is set to grow. Later this year the first two out of 12 ‘Batch 3’ Galileo satellites will be launched by Soyuz from French Guiana. Their last step on the way to launch is situated beside sand dunes on the Dutch coast: the ETEC Test Cetre, which is Europe’s largest satellite test facility.

All but two of the 26 Galileo satellites already in orbit underwent pre-flight testing at this 3000 sq. m environmentally-controlled complex, hosting test equipment to simulate all aspects of spaceflight. The Test Centre is operated and managed by European Test Services for ESA.

All 12 Batch 3 satellites – functionally similar to the Full Operational Capability satellites already in orbit – are scheduled to come here from OHB in Germany to assess their readiness for space, before heading on to French Guiana.

The first pair of these satellites were already at ESTEC when the COVID-19 pandemic began last year. Testing was briefly interrupted as the Test Centre was closed, but resumed once safety measures were put in place.

Testing of this first pair was completed in April, and they are now in storage on site. Two more Galileo satellites have since arrived with another due to join them this month.

Newly-arrived satellites begin by undergoing a two-week immersion in vacuum and temperature extremes that mimic the conditions it faces in space. This ‘thermal–vacuum’ test takes place inside a 4.5 m-diameter stainless steel vacuum chamber called Phenix. An inner box called the ‘thermal tent’ has sides that are heated to simulate the Sun’s radiation or cooled down by liquid nitrogen to create the chill of Sunless space.

Another test involves switching on all satellite systems within the Maxwell Test Chamber, which is fitted with shielded walls blocking out all external electrical signals and spiky, radio-absorbing ‘anechoic’ material that line the chamber to prevent signal reflections. Kept isolated in this way as though floating in infinite space allows ‘electromagnetic compatibility’ testing. Each satellite is switched on to check all its systems can operate together without harmful interference.

Then, once the satellites’ solar wings are fitted, which come from Airbus Netherlands in nearby Leiden, they can undergo ‘mass properties testing’. This involves measuring to check their centre of gravity and mass are aligned within design specifications. The more precisely these are known, the more efficiently each satellite’s orientation can be controlled with thruster firings in orbit, potentially elongating its working life by conserving propellant.

A quartet of noise horns are embedded in one wall of this 11 m-wide, 9 m-deep and 16.4 m-high chamber, generating sound by passing nitrogen gas through the horns, surpassing 140 decibels in all. Accelerometers placed within the satellite check for potentially hazardous internal vibration during this trial by sound.

Once each satellite’s test campaign is over, they are shipped to  Europe’s Spaceport in French Guiana and prepared for launch. The two tested spacecraft will leave to Kourou in October, to be launched at the end of the year.

Complex planning and traffic management are necessary to ensure every project get access to the facility they need at the time they need it. So sufficient room is required to accommodate the different customers and allow their movement between test facilities.

Galileo is currently the world’s most precise satellite navigation system, serving more than two billion users around the globe.

The Full Operational Capability phase of the Galileo programme is managed and fully funded by the European Union.  The Commission and ESA have signed a delegation agreement by which ESA acts as design and procurement agent on behalf of the Commission.  “Galileo” is a trademark subject to OHIM application number 002742237 by the EU and ESA.