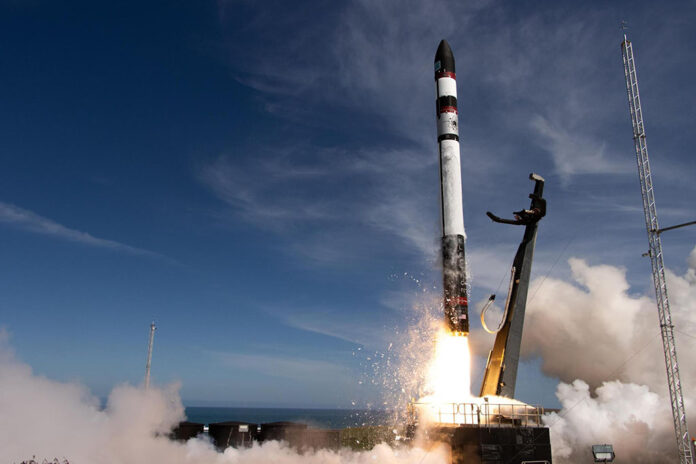 Rocket Lab, the leading launch and space systems company, announced today it has received authorization from the Federal Aviation Administration (FAA) to resume launches. The approval comes fewer than three weeks after Rocket Lab experienced an anomaly during its 20th launch, resulting in the loss of the mission.

Rocket Lab is leading the mishap investigation into the anomaly with oversight from the FAA; the federal licensing body for U.S. launch vehicles. While the FAA has confirmed that Rocket Lab’s launch license remains active, Rocket Lab will continue with a rigorous internal review into the anomaly. The review team is working through an extensive fault tree analysis to exhaust all potential causes for the anomaly and the full review is expected to be complete in the coming weeks, following which Rocket Lab anticipates a swift return to flight.

“With a vehicle with so much flight history and our heavy mission assurance and quality focus, any anomaly was always going to be a complex failure and this one is turning out to be an intricate and layered failure analysis,” says Rocket Lab founder and CEO, Peter Beck. “However, we have successfully replicated the failure in testing and determined it required multiple conditions to occur in flight. We are now piecing together the sequence of events and preparing corrective actions for a safe and swift return to flight.”

The anomaly took place almost 200 seconds into the May 15 flight, which was Rocket Lab’s 20th mission since the company began Electron launches in 2017. Electron completed a successful lift-off from Launch Complex 1 and proceeded through a nominal first stage engine burn, stage 1-2 separation, and stage 2 ignition. Shortly after the stage 2 ignition, the engine computer detected that conditions for flight were not met and performed a safe shut down. The vehicle remained within the pre-determined safety corridor at all times and all safety procedures performed as expected. Launch Complex 1 was unaffected by the anomaly and the site remains ready to support the next Electron launch.

Rocket Lab continued receiving good telemetry from Electron following the engine shutdown, providing engineers with comprehensive data to review. The data is being methodically scoured to enable the review team to accurately pinpoint the issue and implement corrective actions for future missions.

Flight data shows Electron’s first stage performed flawlessly during the mission and did not contribute to the flight issue. The mission saw Rocket Lab achieve the next major milestone in making Electron a reusable launch vehicle, with the successful ocean splashdown of Electron’s first stage as planned. Rocket Lab’s recovery team retrieved the stage from the ocean for transport back to Rocket Lab’s production complex for analysis and testing to inform future recovery missions. The new heat shield debuted in this flight protected the stage from the intense heat and forces experienced while re-entering Earth’s atmosphere and the engines remain in good condition. Rocket Lab intends to put the engines through hot fire testing to assess their performance following atmospheric re-entry. Rocket Lab also intends to re-fly selected components from the recovered stage on future missions. Rocket Lab’s program to make Electron a reusable launch vehicle is advancing quickly, and the company intends to conduct its third recovery mission later this year.

As the fourth most frequently launched rocket in the world, Electron has become a workhorse launch vehicle relied on by government and commercial small satellite operators globally. Prior to the May 15 mission failure, Electron had completed 17 successful orbital launches and deployed more than 100 satellites to orbit.

Rocket Lab is a leading end-to-end space company delivering reliable satellites, launch services and on-orbit management solutions that make space easy. We are motivated by the impact we can have on Earth by making it easier to get to space and use it as a platform for innovation, exploration and infrastructure. Founded in 2006 and headquartered in Long Beach, California, Rocket Lab designs and manufactures the Electron and Neutron launch vehicles, Photon satellite platform and a range of best-in-class spacecraft components. Since its first orbital launch in January 2018, Rocket Lab has delivered more than 100 satellites to orbit for government and commercial customers, enabling remote sensing, communications, Earth-observation, technology demonstrations and more. Visit www.rocketlabusa.com