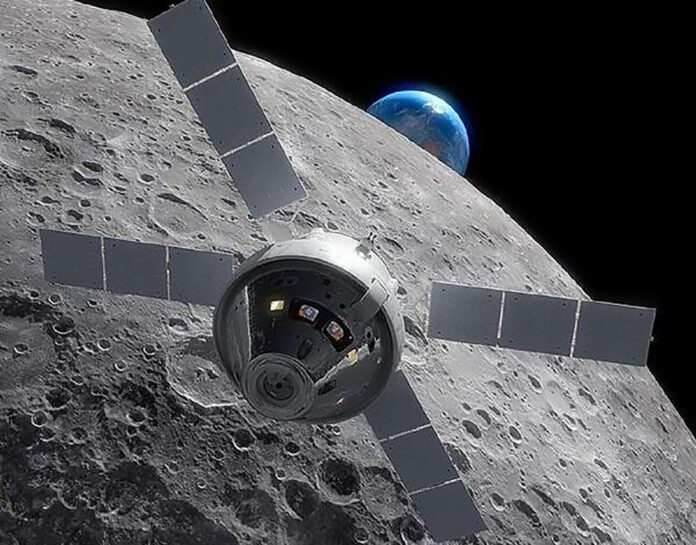 NASA has awarded Dynetics Inc. of Huntsville, Alabama, a contract to produce a Laser Air Monitoring System (LAMS) for the agency’s Orion spacecraft beginning with the Artemis III mission.

The LAMS contract is valued at $17.8 million for production of the Artemis III unit, as well as a qualification unit, design modifications, and long-lead procurement items in support of the Artemis IV and V missions. It is an indefinite-delivery/indefinite-quantity contract with firm fixed price orders. The contract has a maximum potential value of $90 million, should additional flight units or components be needed for the Orion program or other NASA programs and projects. The period of performance extends through 2025.

Derived from an air monitoring system flown on the Mars Curiosity rover, LAMS is a new air monitoring technology that will measure oxygen, carbon dioxide, water vapor, temperature, and pressure within Orion during Artemis missions to the Moon. The system is accurate enough to detect unsafe levels of these elements in cabin air composition, giving crews time to respond. LAMS is well-suited to deep space exploration due to its low mass, volume, and power consumption, and ability to operate in space without re-calibration. In September 2020, Dynetics delivered the first version of a LAMS unit to NASA for use in the Artemis II Orion spacecraft, the first Artemis mission that will carry humans.

The Orion spacecraft will carry astronauts to space on Artemis missions, provide emergency abort capability, sustain the crew during transit to the lunar vicinity, and provide safe return to Earth from deep space. Orion is a vital part of NASA’s deep space exploration plans, along with the Space Launch System rocket, Gateway, and human landing system.

For more information about Orion, visit:

For more information about other NASA programs, visit: