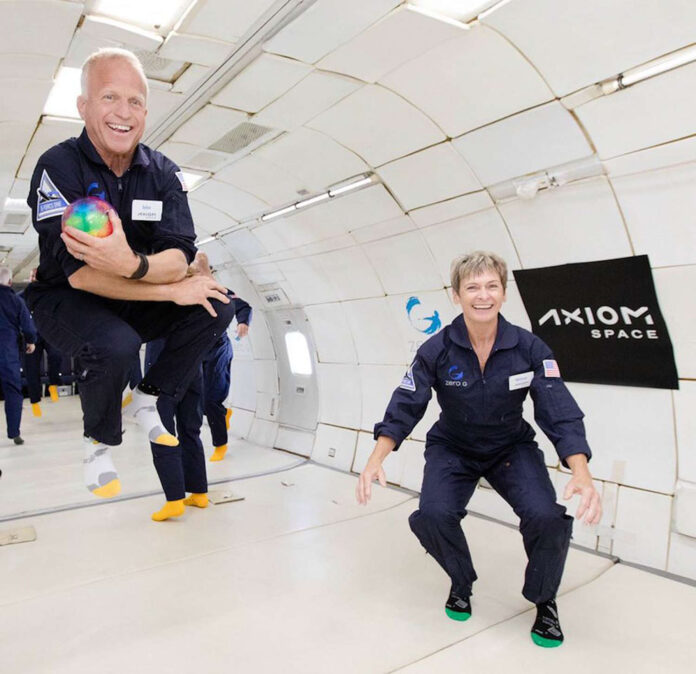 Axiom Space on Tuesday revealed the commander and pilot of its second commercial mission proposed to fly to the International Space Station and announced the proposed crew’s intended research while on orbit. Axiom will compete to fly the Ax-2 mission when NASA announces the next private astronaut mission opportunity. If awarded, Ax-2 will further the Houston-based space infrastructure leader’s expansion of the commercial human spaceflight market and cement the research opportunities it can make possible for private industry in low-Earth orbit.

Whitson, one of the world’s most revered astronauts who during a 22-year career at NASA became the ISS’ first female commander, the first ISS Science Officer, and set and still holds the American record for time spent in space, will return to flight as a private citizen and commander of Ax-2. Alongside her as the planned mission pilot will be John Shoffner – a pilot, champion GT racer, and active supporter of life science research from Knoxville, Tenn.

Whitson and Shoffner will train together in Axiom’s standard astronaut program to prepare them to lead the flight. In addition to their flight training, they will learn how to translate terrestrial single-cell genomic methods to an orbital science process in collaboration with Pleasanton, Calif.-based 10x Genomics, a global leader in developing products to master biology for advancing human health whose offerings are used by all of the top 100 global research institutions.

“I’m thrilled to get to fly to space again and lead one of the first of these pioneering missions, marking a new era of human spaceflight,” Whitson said. “But even more than that, I’m eager for the chance on Ax-2 to open space up to the first full generation of private astronauts and directly link John to the research opportunities on the ISS. In the time we’ve already spent together as crewmates, it’s clear to me that John will be an excellent pilot and researcher. It’s a pleasure to take him under my wing.”

The mission will complete an unconventional path to space for Shoffner, a lifelong athlete and health & science enthusiast

“Growing up, I closely followed every NASA flight of Gemini and Apollo,” Shoffner said. “Now to experience astronaut training teamed with Peggy is an honor. I am also excited about our upcoming work with 10x Genomics in this first step towards making their single-cell technologies available to researchers in a microgravity environment. I look forward to the process of testing and validating this technology for future groundbreaking work in low-Earth orbit.”

In addition to standard training on ISS systems, Shoffner will receive specialized spacecraft operations training to assist the commander during flight as pilot of the crew capsule and develop with Whitson the protocols necessary to conduct single-cell sequencing experiments in microgravity.

Whitson and Shoffner are also currently training to serve as backup commander and pilot for Axiom’s Ax-1, the first-ever fully private mission to the ISS slated for launch on a SpaceX Crew Dragon in early 2022. As with this proposed Ax-2 mission, Axiom will also compete for the opportunity to fly commercial missions to the ISS approximately every six months, subject to NASA approval and as traffic to the ISS allows.

“Humankind’s expansion off the planet, and the benefits it can bring back, will only be sustained by building and serving demand for expanded life and work in Low Earth Orbit,” Axiom CEO Michael Suffredini said. “There is no one better than Peggy – who would be history’s second private mission commander to the ISS – to lead the way on a mission so central to that plan, and we are thrilled to have beside her a pilot as driven and committed to this vision as John to cement this new era.”

Axiom Space is guided by the vision of a thriving home in space that benefits every human, everywhere. The leader in providing space infrastructure as a service, Axiom operates end-to-end missions to the International Space Station today while privately developing its successor – a permanent commercial destination in Earth’s orbit that will sustain human growth off the planet and bring untold benefits back home. More information about Axiom can be found at www.axiomspace.com.