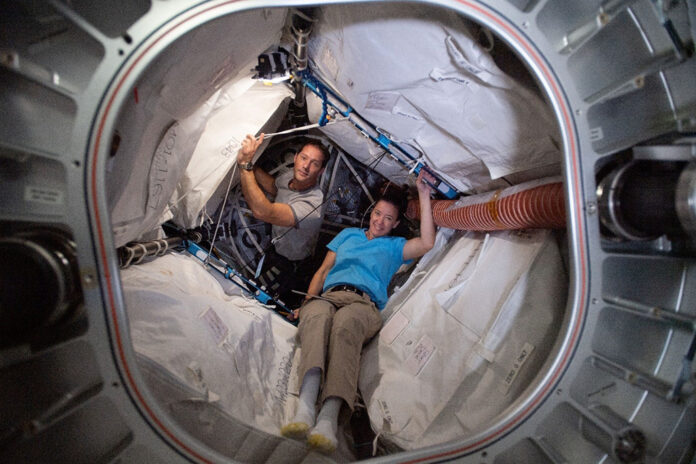 Pennsylvania and Texas students have opportunities next week to hear from astronauts aboard the International Space Station. The Earth-to-space calls will air live on NASA Television, the NASA app, and the agency’s website.

“As a self-proclaimed space geek, I couldn’t be more excited for our upcoming event with NASA astronauts up in the International Space Station,” Houlahan said. “When I was younger, I wanted to be like Sally Ride, the first American woman in space. She broke so many barriers and serves as an important reminder that you can’t be what you can’t see. I’m so grateful that students in our community will get to ask these incredible astronauts a number of questions and learn about the wonder of space and the importance of STEM education.”

The event will be held virtually. Media interested in covering the event should contact Connor Lounsbury at 540-905-3226 or connor.lounsbury@mail.house.gov.

On Wednesday, May 26, NASA astronaut Megan McArthur will answer prerecorded video questions starting at 9:25 a.m. from Robinson Elementary students in Seabrook, Texas. NASA astronaut Bob Behnken will give prerecorded opening remarks. McArthur, a current International Space Station crew member with the Crew-2 mission, is married to Bob Behnken. McArthur piloted the same Crew Dragon Behnken flew in May 2020 during the Demo-2 test flight, the first crewed flight of that spacecraft.

The event will be held virtually. Media interested in covering the event should contact Travishia Hewitt at 281-284-6500 or tpickenshewitt@ccisd.net.

For more than 20 years, astronauts have continuously lived and worked on the space station, testing technologies, performing science, and developing the skills needed to explore farther from Earth. Through NASA’s Artemis program, the agency will return astronauts to the Moon, with eventual human exploration of Mars. Inspiring the next generation of explorers – the Artemis Generation – ensures America will continue to lead in space exploration and discovery.

See videos and lesson plans highlighting research on the International Space Station at: