Arianespace to start Operations of Vega C With Seven Launchers 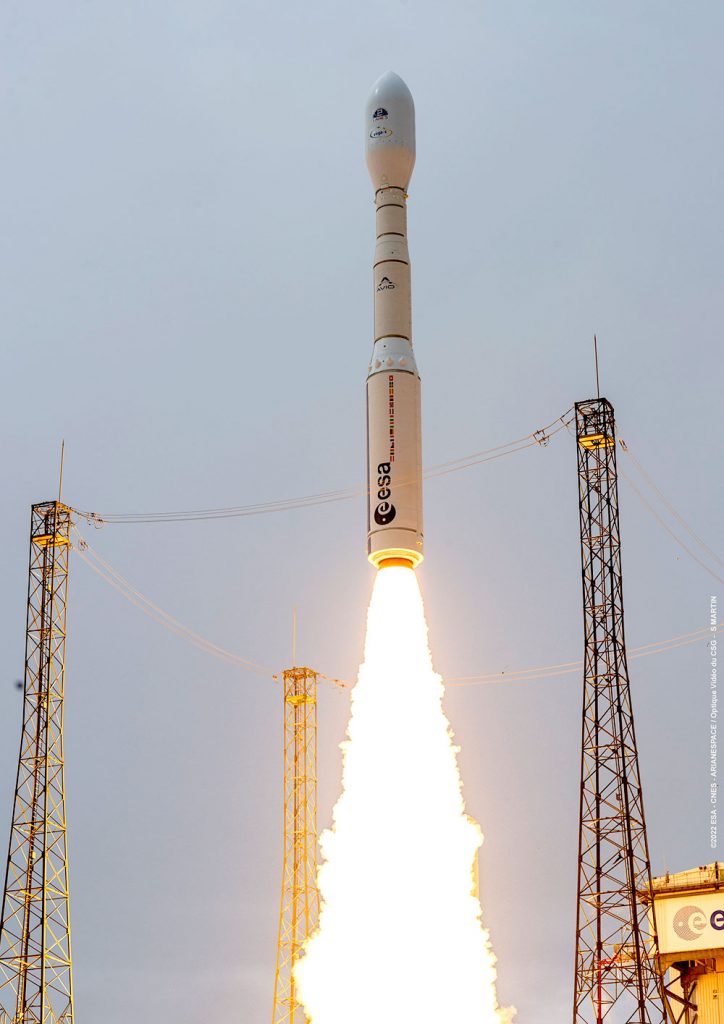 “With this inaugural launch officially declared a success, Arianespace will now commence Vega C operations, a key milestone for European sovereign access to space. My warm congratulations on this success go to ESA, who operated this inaugural launch, as well as to Avio, who is responsible for the Vega C launch systems. Vega C, with its increased capabilities and versatility, already allowed Arianespace to capture many important customers; we are confident this is only the beginning of a true success story! Its configuration, based on our customers’ needs, has been designed in alignment with our upcoming heavy launcher, Ariane 6. This is a first step towards the full renewal of our product range, which will allow us to honor our motto: any mass, any orbit, anytime!”

Seven Vega C have been already filled and will serve both institutional and commercial missions:

First in the series, Vega C Flight VV22 is planned in November 2022. With this flight, Arianespace will orbit Pléiades Neo 5 and 6, two additional satellites that will join Airbus’ Earth observation Pléaides constellation. With 30cm-native-resolution, best-in-class geolocation accuracy and twice-a-day revisit capability, the four Pléiades Neo satellites unlock new possibilities with the ultimate in reactivity. The satellite constellation has been fully funded and manufactured by its operator Airbus, whose team will also operate the satellites and sell services to commercial customers.

Vega C, which stands for Consolidation, will better respond to customers’ needs based on the lessons learned from the first decade (2012-2022) of Vega operations. The launcher has been upgraded with more powerful first and second stage Solid Rocket Motors, the first SRM being shared with Ariane 6 (where it will be used as a side booster), and with a larger fairing that will significantly increase payload mass (up to 2,350 T in SSO) and double allowable volume. This performance increase will allow Vega C to launch larger radar satellites of the class of Sentinel 1C, part of the Copernicus program, previously flown on Soyuz. The launcher will also be able to better meet the specific needs of small spacecraft, thanks to its improved SSMS dispenser and to its AVUM+ that will allow seven re-ignitions instead of five. Vega C can thus achieve three reference orbits for its multiple payloads on the same mission, instead of the two previously possible with Vega.

Vega C development program is managed by ESA. It associates 12 of the Member States of the Agency. Avio Spa (Colleferro, Italy) is the industrial prime contractor for both launch vehicles and interfacing ground infrastructure. Avio is also responsible for campaign operations and preparation of the launch vehicle up to lift-off. Avio hands over a “ready to fly” rocket to Arianespace, which sells the Vega C, prepares its missions, validates its flight worthiness, and operates it from Europe’s Spaceport in French Guiana. During launch campaigns, Arianespace works closely with CNES, the launch range authority at the European Spaceport in Kourou who is notably in charge of the satellite preparation facilities as well as the protection of populations.