SpaceWorks’ FuseBlox Docking Connector is Ready to Enter the Market

By newsroom
May 22, 2022
The Space Manufacturers IndexSpaceWorks

Following its successful October 2021 test at Kirtland Air Force Base in Albuquerque, NM, SpaceWorks’ flight-ready FuseBlox is moving to a commercialization phase and is poised to be a key player in the future of on-orbit servicing, assembly, and manufacturing (OSAM) in space. 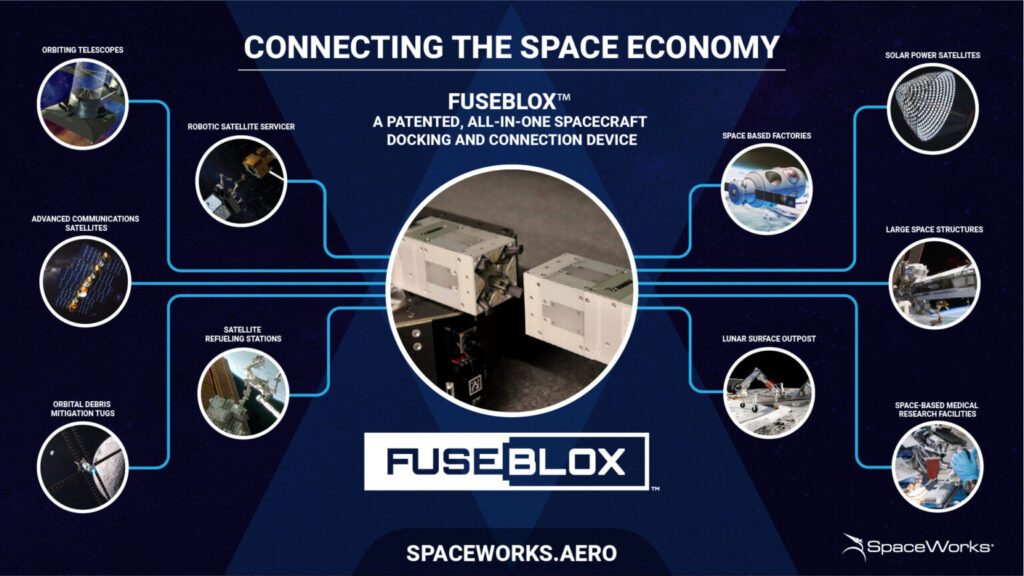 “As a docking and connection device for small satellites, our patented FuseBlox provides a secure structural attachment, power connectivity, and data transfer to support the growing in-space economy. Importantly, our novel design solves a critical challenge to enable in-space operations.”

While other docking connectors are hindered by limitations of alignment and predetermined male/female pairing, the patented FuseBlox is self-aligning, androgynous and reversible with a gender that can be changed on the fly after the craft has been launched.

“Even if you are an imperfect driver, FuseBlox can course correct and get you connected. The four inward claws contain self-aligning grapples that adjust for misalignment, an important feature while working in zero gravity.”

In addition, four symmetrically mated configurations permit operators to achieve dockings from multiple angles, making connections much more flexible in space. FuseBlox captures with near-zero momentum transfer while connecting power and data through redundant connections. And with its standard 1U form factor, it is easy to integrate with a variety of satellite and spacecraft designs. 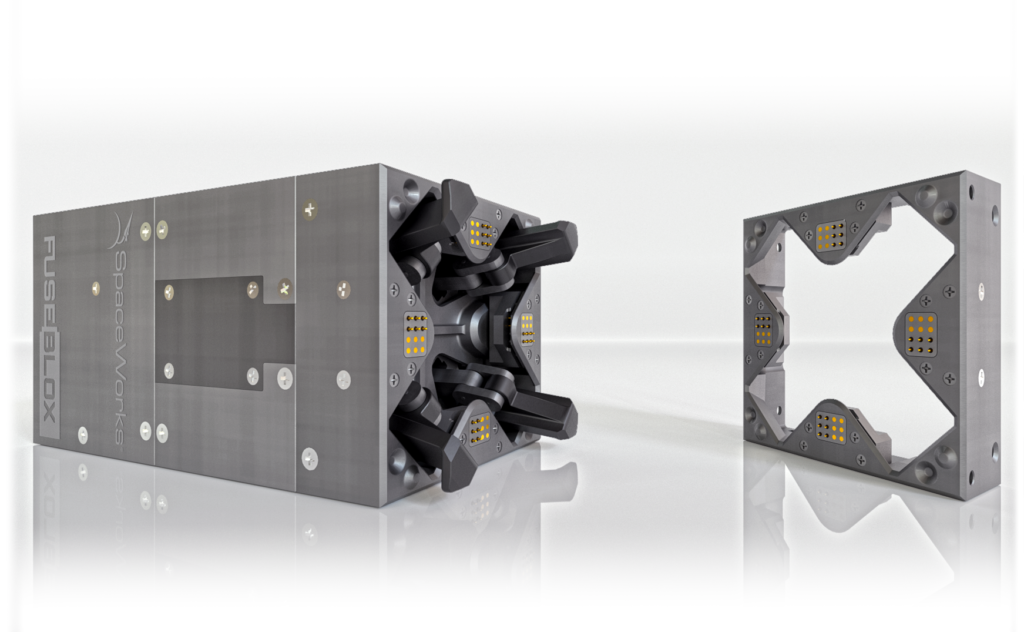 What was tested?
The tests included proof of performance in a near-frictionless environment with docking in several positions: axial, lateral, roll, and yaw offset, individually and in combination. Final test results showed FuseBlox exceeded all target specifications.

What does this mean for OSAM?
FuseBlox is ready for use in space and has been verified for flight system capability. Its plug-and-play design works with various spacecrafts for modularity, upgrades, maintenance, refueling and payload transfer.

What can it be used for?
With its flexible, standard and scalable design, FuseBlox is compatible for use as a docking and connection device for robotic satellite servicers, orbital tugs, satellite refueling stations, space based factories, lunar surface elements, large space structures, and solar power satellites.