A futuristic spacecraft built under an original and exciting cooperative agreement is taking shape in ArianeGroup’s large clean room in Lampoldshausen, Germany: the lunar lander from the Japanese start-up ispace. 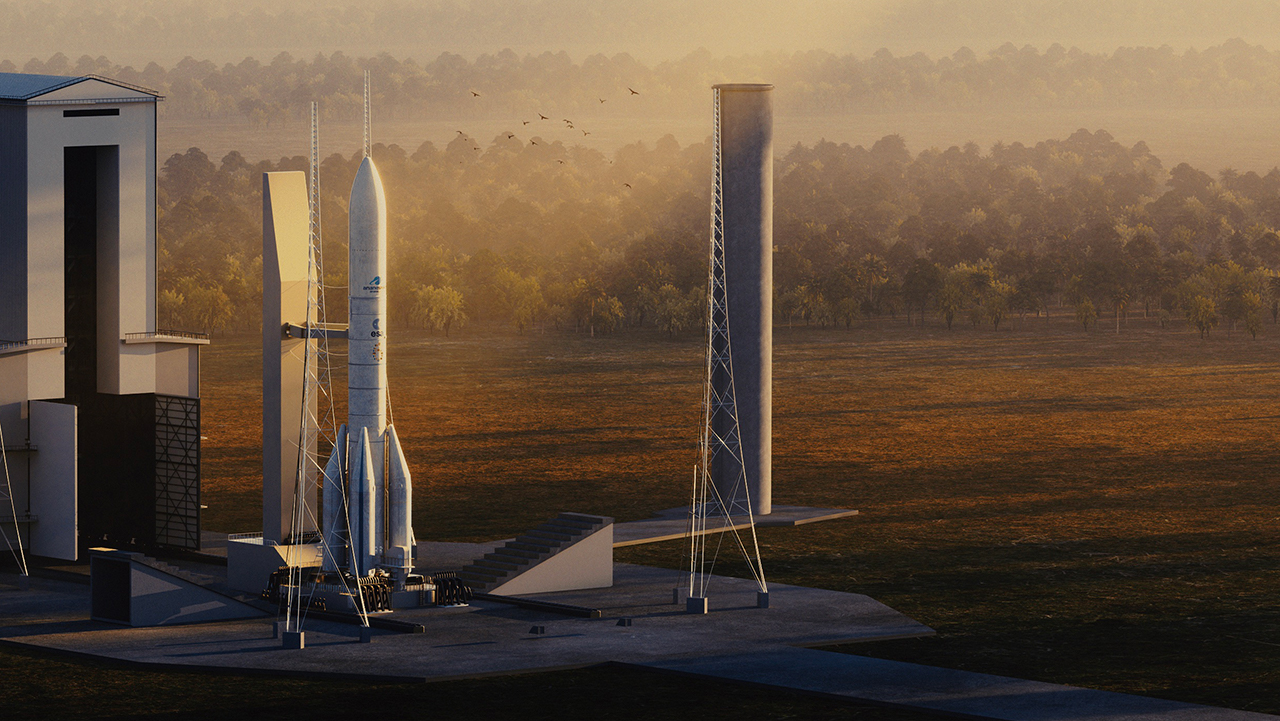 ArianeGroup, which supplies components for the propulsion system, is also helping with integration and testing. Integration of the propellant tanks was a key step in the final integration process. This video illustrates the work done.

ispace plans to use this lander model for two lunar exploration missions by 2024. The multinational lunar exploration program operated by ispace is called HAKUTO-R – “hakuto”, which means “white rabbit”, refers to the character in a Moon legend that is well-known throughout East Asia, in which the shape of a rabbit can be seen in the dark markings on the Moon.

The project was initially launched four years ago with a simple information request from Japan concerning valves, before turning into a fully-fledged program.

According to the project team on the Lampoldshausen site, the cooperation between our Group and a young start-up is exemplary. For the ispace Mission 1, currently scheduled to fly as early as Q4 2022, ArianeGroup is supplying parts of the propulsion system and is collaboratively carrying out assembly, integration and testing work on this site.

The lunar-lander structural model was developed and built-in Japan, the ArianeGroup team and ispace then agreed to relocate to the large clean room in Lampoldshausen for assembly, integration and testing of the lunar lander, including the avionics, solar panels and various payloads, as well as two of ispace’s customers’ rovers.

For the ArianeGroup team, this cooperation is exciting in many respects, and not only because this is a spacecraft going to the Moon. The presence of the customer means that a rapid, simple and targeted solution can be found to address all the challenges that arise, thus reducing the workload and the resulting costs accordingly.

This close collaboration has created a degree of mutual trust which makes the work even more enjoyable.

The work being done on the Lampoldshausen site is scheduled to come to an end in May. The “white rabbit” will then be sent for environmental testing, before heading to the Moon!