For the first time ever we bounced a LoRa® message off the moon on October 5th 2021, using the Dwingeloo radio telescope. This first was achieved by a team consisting of Jan van Muijlwijk, Tammo Jan Dijkema, Frank Zeppenfeldt and Thomas Telkamp. The signal traveled an amazing distance of 730,360 km, which to our knowledge is the furthest distance a LoRa® modulated message has ever traveled. 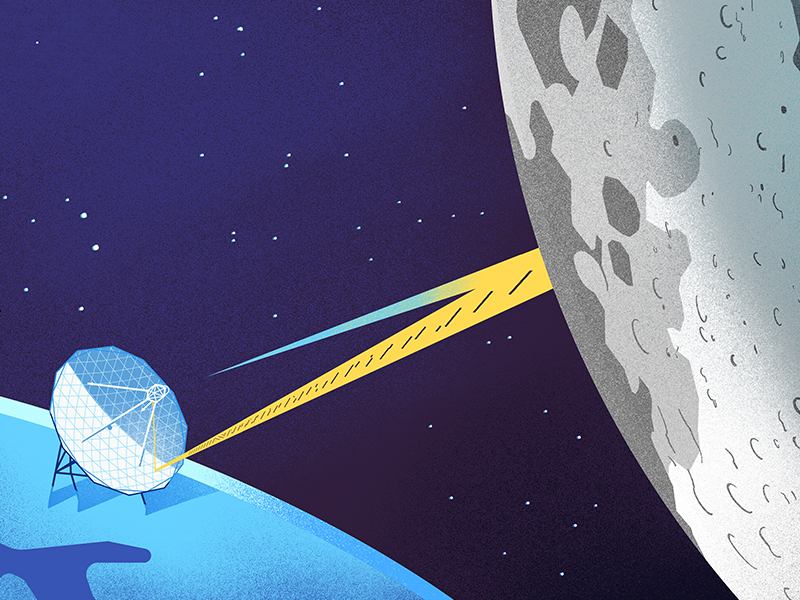 For a short moment the entire message was in space, in between the Earth and the Moon. We transmitted the signal with a Semtech LR1110 RF transceiver chip (in the 430-440 Mhz amateur band), amplified to 350 Watt, using the 25 meter dish of the telescope. Then, 2.44 seconds later, it was received by the same chip. One of the messages even contained a full LoRaWAN® frame.

“This is a fantastic experiment, I had never dreamed that one day a LoRa®  message would travel all the way to the moon and back! I am impressed by the quality of the data captured, this dataset is going to become a classic for radiocommunications and signal processing students. A big thumbs up to the team and CAMRAS foundation for making this possible”. 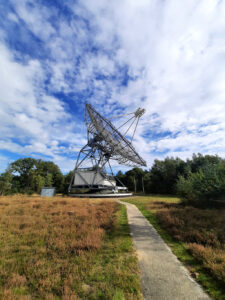 The Dwingeloo radio telescope, operated by the CAMRAS foundation, has a history of being used in amateur radio experiments and is now often used for moon bo unces, but this was the first time a data message was bounced using a small RF chip. This telescope was commissioned in 1956, and played an important role in the early exploration of the structure of the Milky Way using 21 cm hydrogen radiation.

With the LR1110 chip we also measured the round trip time of the message, as well as the frequency offset due to Doppler caused by the relative motion of the Earth and the Moon. From the round trip time we calculated the distance to the moon. Both distance and frequency offset matched very well with predicted values calculated using NASA’s JPL Horizons ephemeris system.

In addition to the LoRa®  chips, we used an SDR (Software Defined Radio) to capture both the transmitted and received signal for further analysis. These measurements together with analysis notebooks will be published as open data. As a preview, this is a Delay-Doppler plot of the received signal, essentially showing a radar image of the moon, the ultimate example of joint communications & sensing. 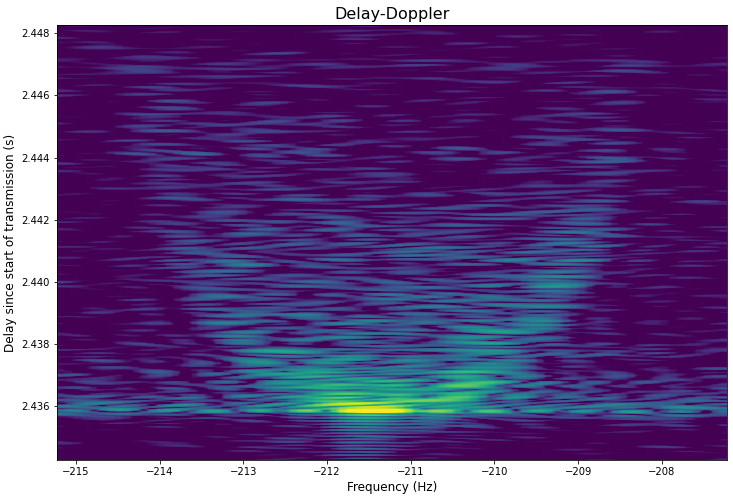