After the fire in Oregon and after the ‘state of health’ of Trasimeno Lake, this time PRISMA Satellite (realized for the Italian Space Agency – ASI – by OHB Italia S.p.A. as Prime Contractor), is framing the PoRiver, in the North of Italy. It is the longest one on the Italian territory and after crossing the Po Valley (one of the most urbanised and productive areas in Europe), flows into the Adriatic Sea.

As can be seen in the image below, the Delta of the Po is composed of several river branches, of natural and cultivated areas, of wetlands and lagoons next to the coast. The see water shows different nuances: along the coast it is clearer due to sediments resuspended by the action of the wind and transported by the current; offshore there are marine blue waters with patches of colour affected by algal blooms. 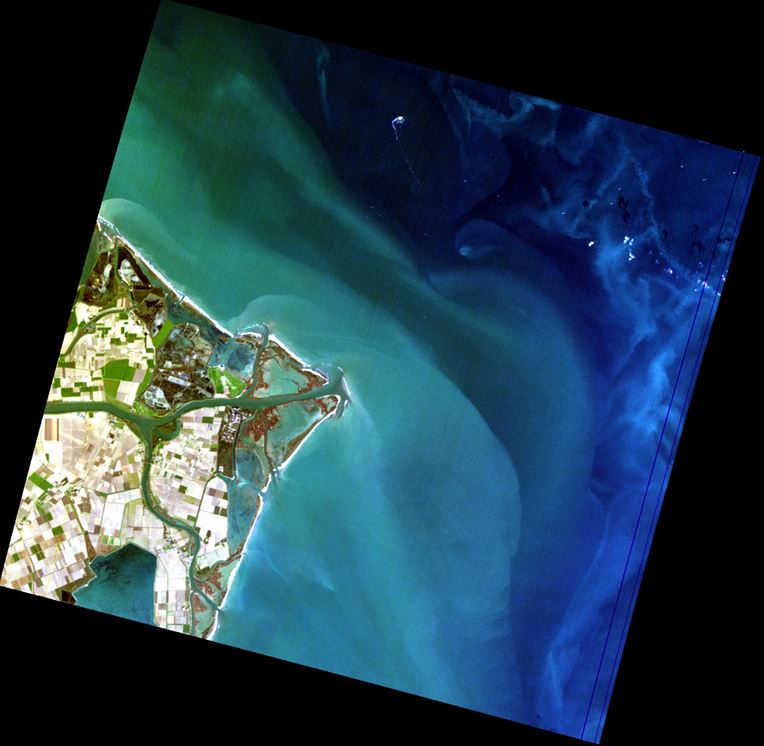