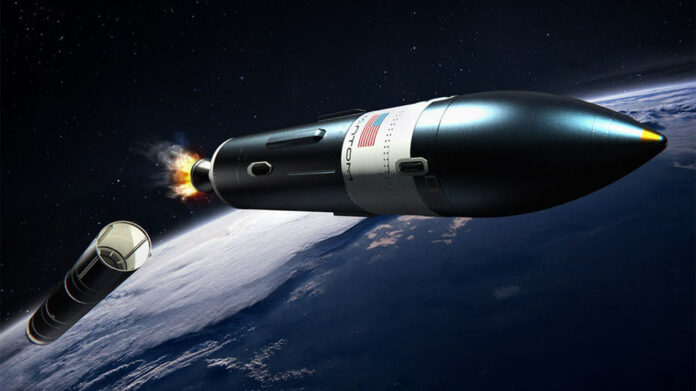 Phantom Space Corporation, a space transportation technology development and manufacturing company, today announced the successful acquisition of StratSpace, an industry leader in strategic growth consulting, space market projections, as well as the design, build, and management of satellites and satellite programs. The acquisition of StratSpace has further propelled the company towards its goal of becoming a leading space company, covering the full spectrum of primary space services: from satellites to launch to space data infrastructure. This acquisition, the first of many, puts Phantom Space on a hyperscale trajectory to become a global leader in the industry.

The dramatic surge in satellites launching over the next decade comes amid the ongoing pandemic, at a time when national security, earth observation and global connectivity is more urgent than ever before. Since entering the market less than 24 months ago, Phantom has already generated record growth of over $100m in pre-sold satellite launch and satellite manufacturing contracts.  During its 20 years in business, Stratspace has provided management, engineering and manufacturing support to 46 successful space missions and satellite programs. Phantom will integrate StratSpace’s core technologies and know-how to solidify its position as one of the only global providers of daily, low-cost and transparent access to space with it’s own launch vehicles: the Daytona and Laguna rockets.

“Our goal at Phantom is to create a world where access to space truly is democratized and anyone could effectively launch satellites on their own schedule, and to an orbital plane of their choosing for their given application, and we are excited to accelerate this work through the acquisition of StratSpace,” says Michal Prywata, co-founder and CDO of Phantom. “The record-breaking demand to move data through space strongly indicates that as satellites face expensive delays on large rideshare rockets due to limited launch cadence, demand for smaller satellites that give customers control over launch schedules will only continue to rise,” says Prywata.

Phantom Space Corporation is a space transportation company democratizing space access by mass manufacturing launch vehicles, satellites, and space propulsion systems. Phantom’s vision is to become the “Henry Ford of Space Transportation” through the opportunity to mass manufacture and launch 100s of rockets. A 100% US controlled and operated enterprise, headquartered in Tucson, Arizona, with multiple launch operations centers. Learn more at https://www.phantomspace.com/.

StratSpace is an industry leader in space systems development, new business development and M&A in the space industry. Since its founding in 2001, StratSpace has worked on over 46 satellite and spaceflight systems, led the development of the world’s first solar sails (Lightsail 1&2 and Cosmos-1), StratSpace was instrumental to the start up efforts of companies such as Space Exploration Technologies where some of the initial systems designs and market analyses were developed, along with other notable companies such as Skybox Imaging that sold to Google for $500m and Spaceflight Systems who leads the market in rideshare launch services.  StratSpace also worked with PlanetIQ, Iceye, WorldView, Skybox Imaging and Moon Express leading technical design and systems engineering efforts. StratSpace also performed systems engineering support to a large number of traditional and commercial programs including Iridium and Iridium Next, Darpa’s F6, numerous US DoD classified space systems and over 20 NASA Explorer Program source selections. StratSpace has over 50 clients in its 20 year history ranging from NASA, Lockheed Martin, Boeing, Northrop Grumman, Orbital Sciences, Ball Aerospace, SAIC, Southwest Research Institute, Raytheon Missile Systems, Analytical Graphics, Bessemer Venture Partners, General Dynamics, Harris, Millennium Space, University of Arizona, Goodrich Aerospace and L-3 Communications.