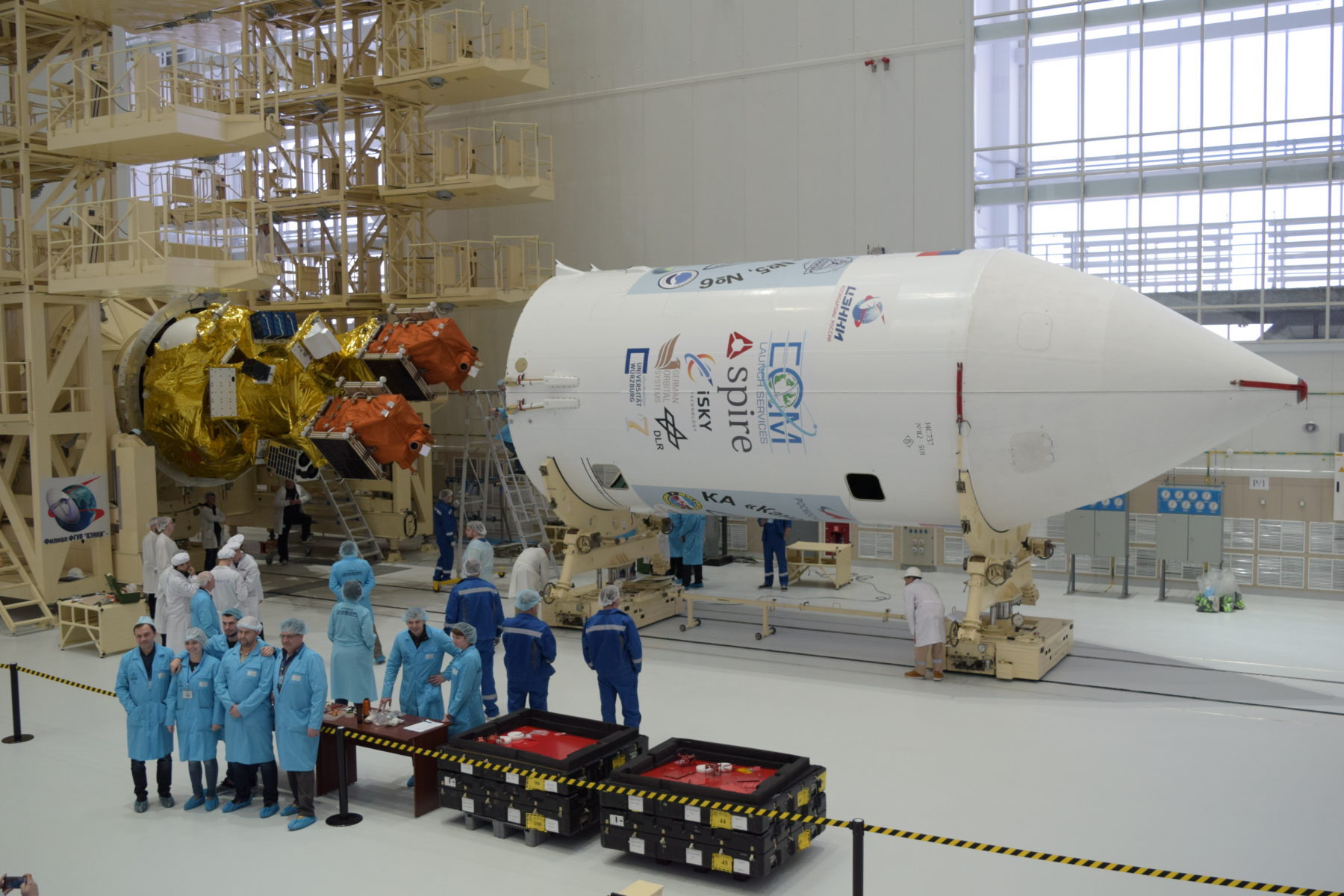 The launch team of German Orbital Systems performed the final pre-flight tests of the D-Star ONE Sparrow and iSat satellites directly at the Vostochny launch site. Among other tests, reception of ADS-B signals as well as diverse Beacon modes of the D-Star transceiver were tested and confirmed to be nominal. Final software updates were performed with the EPS and the OBC to enhance the performance of the satellites. A short on-site flight-readiness review concluded that both satellites are ready for on orbit operation.

The D-Star ONE Sparrow and iSat 3U CubeSats have been successfully integrated into the CubeSat deployers developed by ECM Space (ECM) and are ready for launch.

Currently, the ECM launch team is completing the integration and joint tests of the CubeSat launch deployers with the Fregat upper stage.

The D-Star ONE Sparrow and iSat satellites will be launched as a part of the ECM smallsat cluster on Soyuz-2 from Vostochny launch site on the 27th of December, 2018.

German Orbital Systems  is a Berlin-based space company. It was founded in 2014 by a former scientific staff of the Technical University of Berlin and is the first German company focused on the CubeSat market. The product portfolio includes subsystems and turn-key satellite missions, which consist of the ground-, space- and launch segments. Since 2016, GOS has been responsible for the separation sequenceas a part of ECM Space Technologies GmbH CubeSat dispensers.

ECM Space is a leading European launch services provider and cluster integrator, offering easy, cost-effective and regular access to space for small satellites. Over the past year, ECM has arranged launches for more than 40 international small satellites to sun-synchronous orbits and plans to launch over 50 international small satellites in 2019. With a variety of launch opportunities (SSO, HEO, GTO/GEO) and focusing on an individual approach to each satellite, ECM  provides the most optimal launch solutions for start-ups, universities, commercial companies, space agencies and scientific institutions. Supplementary to the launch services, ECM Space designs and manufactures in-house 12U/16U CubeSat deployers and develops low-shock separation systems for microsatellites.